We decided back in September that we were going to trial a four day week in October until the end of the month.

After a team meeting, we reviewed how we felt as a team how it was going, in terms of; productivity, prioritizing of workload, work satisfaction, and personal life.

As a team, we decided it’s going well and we are extending the trial until the end of the year to allow us to have a better reflection to be able to provide more feedback, especially through the busier months of the year.

The four day work week might just yet become a permanent installment into the new year of 2019 for Tad Web Solutions!

A large part of our work is creating bespoke solutions for our clients coded in php or C# that perform some specific task to meet our partners business needs. That isn’t always the case. Often we will talk to a business who need on online solution and there will be an off-the-shelf solution available that will meet most of, but not all of, their requirements. We always look at that option, even when it means there is no need for our services.

So, when is it right to use off-the-shelf or bespoke or a hybrid of the two?

The simple answer is that this is a purely business decision. Is there a strong enough business case to go for the extra expense of a bespoke package if an off-the-shelf solution can provide 75% (or even 90%) of the requirements? How important or critical is that extra 25% when compared to the cost? Those are the questions facing a business and whilst we can advise it is down to the decision makers in that business to make a judgement call.

A hybrid solution is another option whereby off-the-shelf solutions can be added to, where licenses and APIs allow, to create the additional functions required but at a lower cost than a full solution. Again this is something we always point out to clients.

We are always happy to discuss the options with any organisation who are looking to improve productivity, streamline process, add new online offerings or simply discuss what could be possible to automate their business.

Last month you may have seen a blog post (https://www.tadwebsolutions.co.uk/something-exciting-at-tad/) about an exciting project we have been working on here at Tad; a piece of software for small business practices that charge time to their clients, where you and your staff can create records about what has been done for your clients and from this assign to invoices, generate reports etc. The software will be called TeamTrack.

In November we will have a beta release where we ourselves will start using it. If you feel this software is something that could be of use to your company and would like to take part in the beta in order to help us further develop it please feel free to contact us. 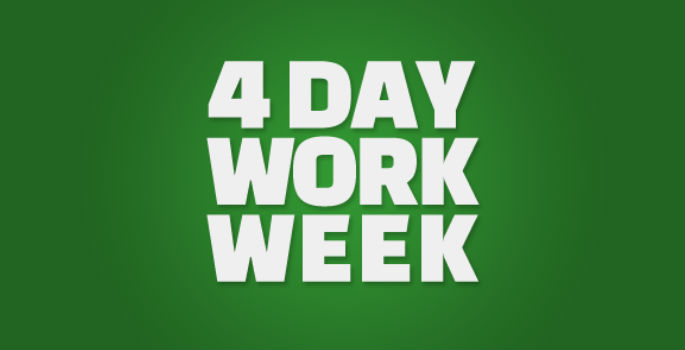 Here at Tad, we have been researching into 4 working day weeks and if there are any potential benefits to it. After conducting some research, we decided to give it a go. During the month of October Tad employees will be working 4 day weeks which will then be reviewed at the end of the month to see if it is worthwhile carrying on into the future.

Each employee will now work a total of 30 hour weeks, spread across 4 days, with each employee picking which day they would like off. If productivity stays the same but moral and happiness of the employees increases then it will be a win win for Tad, who strive to keep their employees happy.

Want to know if it’s a success at the end of the month? Then keep your eye out for more information. 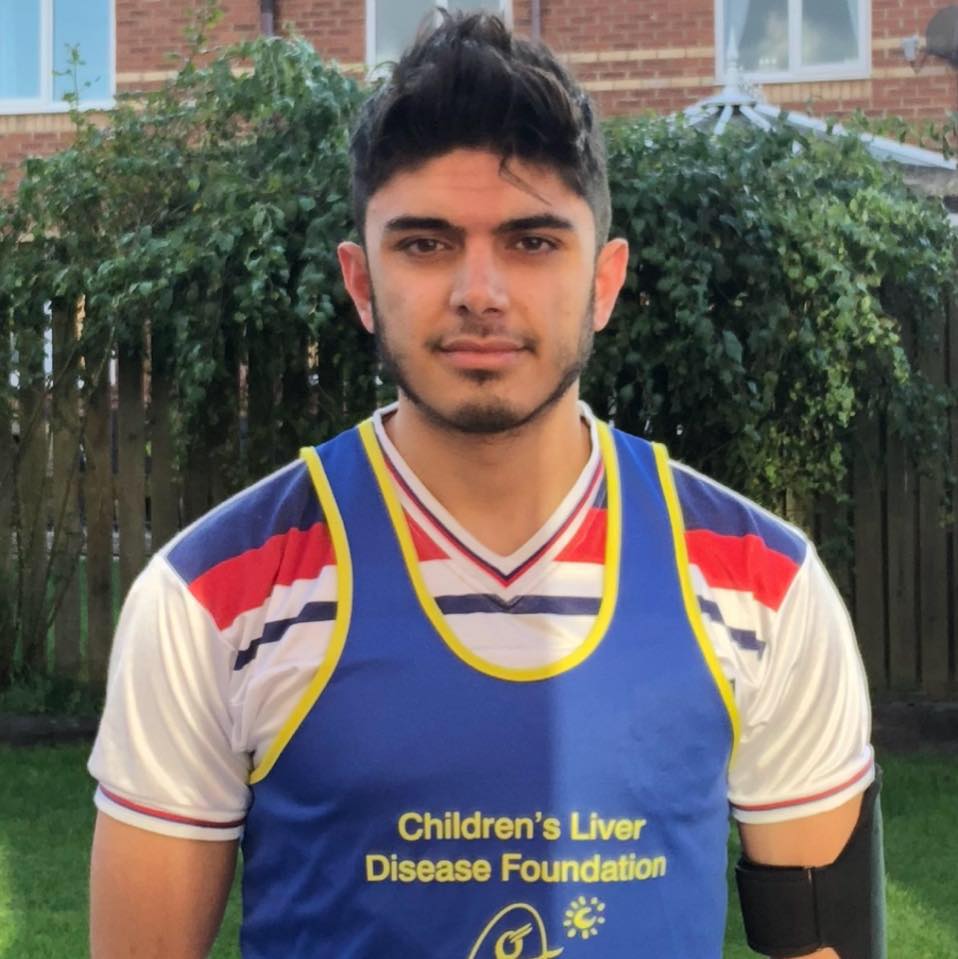 Always wanted to take part in the Great North Run for a charity that is close to me, this is the year I will be doing just that.

Diagnosed with a rare liver disease known as biliary atresia at birth and waited 8 years for an organ donor, surgery went ahead in Londons Kings Cross College in 2001. I was well looked after and supported by; surgeons, doctors plus nurses and loved by family and friends during that time and still to this very day.

My mother passed away after her battle with ovarian cancer in early June 2017. I knew then that I want to support those who had helped me more than ever, in the same way, that my mother had all her life. By doing that I will personally match the funds raised on my page to Children’s Liver Disease and donate it to Target Ovarian Cancer.

My story was published in the local Teesside newspaper the Northern Echo and shared online via social media by the Children’s Liver disease foundation. 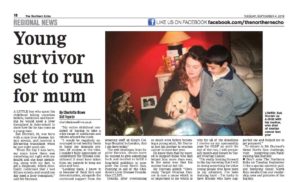 The day of the run

If anyone can come up with a good caption for the picture below, please email: zak@tadwebsolutions.com 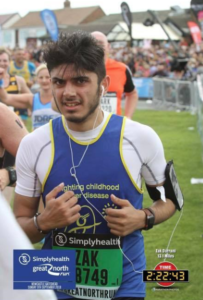 Me and my brother meeting up after the run.

I can confirm I beat his time by 5 minutes, so that makes me the superior sibling. 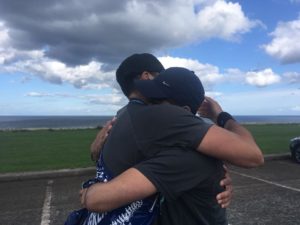 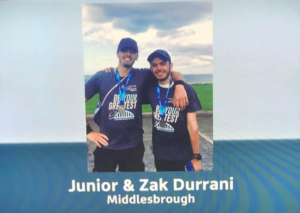 As promised I donated the matched amount I raised from my just giving page and donated it to my brother’s account, his donations are going towards Target Ovarian Cancer research. 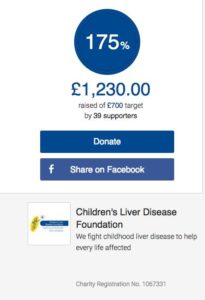 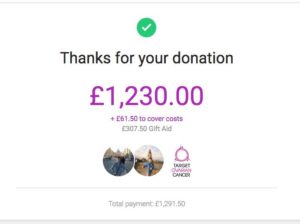